Some students have a background, identity, interest, or talent so meaningful they believe their application would be incomplete without it. If this sounds like you, please share your story.

I REALLY have to go.

I was two minutes from catastrophe. All I could think about was the bathroom. But I couldn’t raise my hand. I was too scared to speak in front of a class of judgmental eight-year-olds. Despite my bladder’s protests, I continued to sit silently.

I wasn’t always this way. In kindergarten, I shrieked at my parents when I didn’t get my way. I jumped around the room on pizza day. Show-and-tell was my favorite part of the week.

However, my parents, who had immigrated to America via their steadfast determination, taught me the same mentality that had enabled their own success. My father often told me about how his childhood diligence ruined his eyesight, pointing to his thick glasses. Though I’d roll my eyes at his story, I felt the pride he took in persistence, precision, and self-control.

Unfortunately, this approach also made me slow to act during high school. By waiting for the best opportunities to arise, I missed chances to foster relationships with my peers, teachers, and even my family.

During my freshman tennis season, meeting the upperclassmen made me nervous. I was the youngest of the team–a short, small Chinese kid among tall, All-American varsity athletes. I didn’t belong.

While I was hesitant, my teammates were at ease. Other than following Coach’s drill instructions, they did whatever they pleased. I looked for ways to channel their self-assurance.

I envied how they moved with a freedom so unfamiliar to me.

One thing stood out: they all wore their caps backward, brims jutting down behind their ears. I’d always worn mine forward, but one day, I impulsively reached up and turned my hat around.

It was a small change, but over the following weeks, my hat began to serve as my social crutch. It marked a transition as I walked to practice: from conservative to casual, from deliberate to daring. I felt at home.

I was so comfortable, I even started cheering during teammates’ matches. Me… cheering! I avoided the spotlight during class, but I welcomed the attention on court. Tennis had always been an escape from my stresses–now, it was an escape from my own silence.

I wore my hat wherever I could, and I noticed changes even outside of practice. In class, I started having fun instead of worrying about calculating every decision or being too loud.

Things weren’t perfect though. Last spring, after a rough practice, my history teacher asked me about the tennis season. I immediately responded, “Coach won’t listen to me but he’s surprised when we lose. It’s horrible.”

My newfound confidence had begun to flirt with arrogance. Word got around quickly–Coach was trying his best, and my attack was unacceptable. When I passed my teammates, I could feel every mention of “complainer,” “conceited,” and “big mouth” cut into my spirit. I wasn’t proud of myself either.

I knew I had to make amends with Coach. Although it wasn’t easy, my new mindset gave me the courage to knock on his office door. I apologized, taking ownership of my mistake, and promised to run a lot of sprints. By the end of the season, I had regained his trust.

After this experience, I thought twice about my carelessness. I was losing my cautious side. I’d gained more freedom, but it was brash to completely turn off my self-awareness. In the past, though I’d been uptight, I’d also made sure to be kind.

My new aspiration is to combine these two selves. Now, I’m always delicately balancing between being careful yet comfortable. Firm yet friendly. Humble yet honest. Looking ahead, I want to chart a path that honors my desire for both discipline and spontaneity. In college, I look forward to surrounding myself with people who both ground me and hold me accountable. I want a place I’ll feel happy calling home, regardless of what I’m wearing. 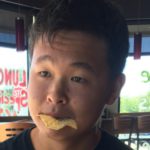 Joseph is a verified Squired mentor from Massachusetts Institute of Technology. Sign up to connect with Joseph and other mentors from top schools including Stanford, MIT and the Ivy League. Whether you’re looking for advice on your essay, program selection or application planning, Squired’s mentors are here for you.
Read Full Profile
Book Me

Top Rated
Joseph is a verified Squired mentor from Massachusetts Institute of Technology. Sign up to connect with Joseph and other mentors from top schools including Stanford, MIT and the Ivy League. Whether you’re looking for advice on your essay, program selection or application planning, Squired’s mentors are here for you.
Read Full Profile
Book Me

Stanford Supplemental Essay: When the choice is yours, what do you read, listen to, or watch? | Yusef

When the choice is yours, what do you read, listen to, or watch? (50 words) I am addicted to cooking videos on YouTube. I can’t

Stanford Supplemental Essay: Tell us about something that is meaningful to you and why | Yusef

Tell us about something that is meaningful to you and why. (250 words) Capturing sensational moments in life is precious. These moments may seem trivial