Princeton Supplemental Essay: Write About A Person, Event, or Experience That Helped You Define One of Your Values or In Some Way Changed How You Approach the World

Using one of the themes below as a starting point, write about a person, event, or experience that helped you define one of your values or in some way changed how you approach the world. Please do not repeat, in full or in part, the essay you wrote for the Common Application. (250-650 words.)

“Always strive to do the hardest thing.” These words were spoken at our awards assembly a week after our high school’s mock trial team won the Idaho State Mock Trial Championship. The intensity of mock trial has been the turning point of my life so far.

A mock trial competition is between two teams of eight students arguing a hypothetical court case. The teams present either the plaintiff or defense side in a trial held in an actual courtroom. The case consists of 70 pages of material, including six witness statements, exhibits, and rules of evidence. Students act as attorneys, who present opening and closing statements as well as direct and cross examinations, or as witnesses, who must portray their characters believably in the heat of a trial. I have competed as both an attorney and as a witness.

The preparation for the Idaho State Mock Trial Championship seems endless, lasting from November to March. It is an arduous cycle of writing and rewriting witness examinations, only to have them ripped apart at practice by my coaches. An exam consists of a series of questions that the attorney asks the witness. To conduct an examination, one must build a logical foundation of questions, upon which important facts from the witness’ statement can be pulled out and used as arguments. After several weeks of repeatedly honing our exams, our team crafts the arguments based on the evidence. We develop a case theory and weave that through everything we present.

But this describes only the preparation. The trial itself is a whole different game. Attorneys must be able to articulate every subtle nuance of the case so that, in an objection fight, we can defend our witness and sway the jury. Attorneys sit on the edge of their plush swivel chairs, ready to object at any given moment before it’s too late. Our preparation enables us to respond well in unanticipated situations during the trial.

I have also played a witness. I was both a German doctor (complete with an accent) who specialized in post-traumatic stress disorder and a DEA agent who was shot while on duty. I learned how to fully embody my character and create a three-dimensional persona that’s not only believable, but entertaining. We must scrutinize every aspect of our character and bring the words in our statement to life.

But again, that’s only the behind-the-scenes work.

The two-hour-long trial is where we are truly tested. Witnesses must know their characters so well that they can answer unanticipated questions during their cross examinations. We must remain calm and unflappable in the midst of an accusatory, and sometimes argumentative, cross.

After four months and 130 hours of grueling preparation, the eight team members are so well-versed in mock trial jargon and so familiar with the case materials that we can anticipate problems and overcome them. Team work is a huge part. Directing attorneys must know their own witnesses and team members must be able to cover their teammates’ weaknesses. The attorneys fill their counsel table with notes on legal pads for the benefit of the other attorneys. During a round, no help from our coach is allowed. We are on our own.

I’m now in my fourth year of mock trial. Twice, my team has won the Idaho championship and then competed in the national championship.

The tools I’ve learned through mock trial will benefit me for the rest of my life. I went into this ready to work hard, but I came out much more confident and experienced. The skills I picked up along the way are ingrained in me: diligence, persistence, and attentiveness. Because of mock trial, I always strive to do the hardest thing. 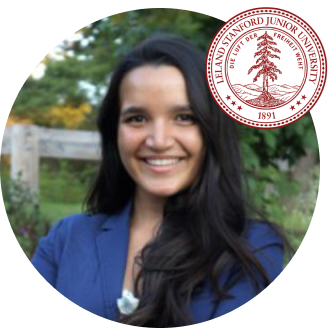